I’ve always been interested in photography but never had the patience to learn the basics. when i was in my pre-teens, my father bought a Canon AE-1 for himself based on the recommendation of my uncle. he just wanted a quality camera to take family photos. mind you, this was back in the 80’s, nearly 2 decades before consumer digital cameras came onto the scene and prior to most homes having a personal computer. if you wanted photos, film was the only way to go and if you wanted an interchangeable lens camera, you were stuck with a manual focus slr. the only thing electronic in it was the prehistoric light meter built in. this was my first dive into photography and i never went beyond the shallow end due to my inability to grasp the concept of exposure at such a young age.

when digital became a thing in the 90’s, i bought a Fujifilm FinePix MX-700 as my first camera. it retailed for nearly $1000 back in 1997 but i purchased it at a slight discount thanks to my local AAFES BX at Misawa Air Base, Japan. unlike your traditional disposable or fully automatic film or digital camera of the time, it was configured in an upright style, constructed fully of aluminum inside and out and captured a whole 1.5 megapixels. it was considered state of the art back then and i prized that camera, keeping it, and using it, long after 3 and 5 megapixel cameras with optical zoom started rolling out. i loved that camera… it just felt great in the hand with a real heft and solid feel to it. even to this day i regret ever selling it. it was replaced with a 3 megapixel Fujifilm of much lower build quality that i really didnt care for; it was all plastic and just felt shonky when you picked it up and held it in your hand. at this point in 2003, the camera just became a tool to me. 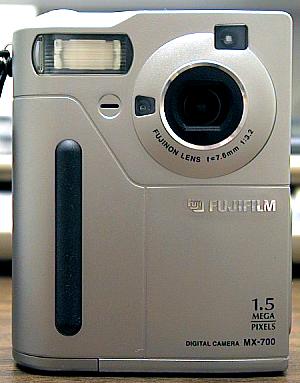 it was in 2006 when i decided to buy another camera and truly give photography a real chance to be a hobby in my life. all of the prior cameras i owned were point and shoots and this time i wanted a dslr with manual controls so i could truly learn the artform. i bought a lightly used Nikon D200 with an 18-55mm kit lens. i quickly bought a 55-200mm telezoom and a 50mm f/1.4 prime to accompany it. by the time i had ventured to shoot in a mode other than fully auto, i began to see the digital photography industry make huge strides in sensor quality around me. within a year, i felt left behind with my hardware as it lost all value due to higher ISO, resolution and autofocus speed being shot out of manufacturers on a nearly monthly basis. entry level cameras were now outperforming my camera and it wasn’t even a contest. the pace of innovation at that point left me discouraged and by the time i finally sold that camera and glass in 2012, smartphones were handily outperforming my D200 in all aspects. it was at that point i gave up as i couldnt afford to keep pace with innovation at the time.

enter 2015. the pace of innovation with imaging sensors has slowed considerably. manufacturers have seemed to settle around 24 megapixel resolution in semi-pro and professional level cameras. mirrorless cameras came into being and have matured to begin rivaling dslrs in features, speed and image quality. APS-C still exists but full frame sensors are now showing up at reasonable price levels. the cost of entry has lowered significantly since i originally bought that Nikon D200 due to stagnation, innovation and competition. for the semi-pro hobbyist, you now have far more choices beyond just Nikon and Canon. more importantly, all traditional camera manufacturers are forced to compete with smartphones, whose image quality has been steadily improving at a pace far faster than traditional cameras. now, the traditional camera brands are forced to create cameras that can easily surpass the results from a smartphone but at a competitive price; they lost their raison d’être and are forced to gain it back, to bring reason for the added inconvenience of carrying a purpose-built camera. it was now time for me to re-engage with a hobby i once threw by the wayside out of frustration and envy.

i wanted a pocket camera that looked and carried like a point-and-shoot but have manual controls so i could restart my journey into photography. i settled on the Sony RX100 MkIV. with a 1″ sensor, 20mp resolution, 24-70mm f/2.8 lens and pop-up viewfinder, it was rated highly for its class and seemed like great value and the perfect first step back into photography. i kept that camera for over a year and got some great photos out of it but i still wanted more. after an airshow in the summer of 2017, i realized i needed an interchangeable lens camera if i were to get all of the shots i truly wanted to take.

So, before my girlfriend and i headed out to Suncadia for our annual summer vacation, i decided to take that dive and with a self-imposed budget of $2000, i went in search of an interchangeable lens camera and at least 1 lens suitable for our trip. after hours of research on DPReviews.com and reading reviews on Amazon.com, i settled on the Fujifilm X-T20, Sony A6500 and Sony A7II. my problem is i didnt want another camera the size of my prior D200 and an imagination can only carry you so far… i was forced to check them out in person. on the recommendation of a friend who is quite the photographer himself, i included the Sony A7II in the bunch despite my reservations and he took me to Glazer’s Camera in Seattle to check them out. the Fujifilm stood out immediately; it was the perfect combination of size and capability, having all of the features i was looking for in a handsome looking package. the most important was that it had fully manual controls with its 3 top plate dials, 2 control dials, 7 programmable buttons and touchscreen display. best of all, it didnt have Sony’s convoluted menu system, which i had grown to despise on the RX100.

the camera that truly surprised me though was the A7II. it wasnt much larger than the Fujifilm and yet it featured a full frame sensor. the price was also reasonable, especially for what you are getting. however, Sony’s lens selection is meager at best for the full frame cameras; they’re so new at this point that Sony hasn’t had a chance to catch up with their lens roadmap. plus, their naming convention was confusing and i feared buying the wrong lens should i decide to shop for them online without the guidance of a salesperson. finally, adding a proper lens for my vacation would have pushed my budget well beyond $2000. as for the Sony A6500, um, no. yes, it’s compact but it has Sony’s ludicrous menu system and the grip just feels claustrophobic. even with my small hands, fitting my fingers between the sufficiently large grip and lens was torture and i could feel immediately that it would cramp my hand after only minutes of shooting. a great camera but the ergonomics are just wrong. plus, and this is important, the Fujifilm just reminded me of my dad’s original Canon AE-1 from the dial layout, two tone color and slr-style layout. just looking at it left me feeling nostalgic.

and so i went home with the Fujifilm X-T20 with 18-55mm kit. the price was extremely reasonable when you factor in Fuji’s reputation in the world of lenses. even the kit lens is reknown for being one of the better zoom lenses they offer. the camera itself feels dense with a sure heft, whose materials feel thoughtfully chosen, and assembled with precision. the dials feature diamond cuts for grip whose spacing is spot on all the way around on each one and moves with the proper amount of force and rotates with a firm, reassuring click at each detent. the viewfinder, though electronic, operates at nearly 60fps with ultra-high resolution and looks almost life-like. just about every imaginable meter is available to be overlaid on the viewfinder; when combined with the programmable buttons and tactile dials, this is definitely a camera you can use in fully manual mode as its easily controlled while your eye is in the viewfinder. truly a hands-on camera. it’s the ideal blend of old and new for me. above all else, it takes some of the best images of any camera in its class, and out of it, too.

after a few trips over the past couple of months of ownership, the slight grip began to be an issue. it does need a bit more prominent grip so you can relax your hand a little while shooting. for this, i ended up buying the extended grip. i even shelled out for the Fujifilm original part to ensure proper placement of the tripod screw hole and battery access while installed. even with this grip extension, it still fits in my smallest bag but manages to feel as comfortable as the X-T2. unlike the X-T2, when i need a smaller camera i can just remove the grip. the bonus feature is the inclusion of arca-swiss rails being cut into the grip plate, negating the need for the lens centered tripod screw, so i can leave my Peak Design Cuff and Leash strap mini-mount in place for the ideal shoulder carry angle.

anyways, this blend of nostalgia and functionality has reignited in me the desire to learn the art of photography. it is and will always be just a hobby, a way for me to express a long neglected side of my personality. as i grow older, i’ve become more logically driven, mechanically inclined. i used to write poetry and songs. much of my youth was also spent sketching, drawing, painting. my physical and mental damage taking a toll on those things, originally set aside to focus on my being mechanically inclined and solving engineering problems. after decades of neglect, some of it has failed to return and photography is my opportunity to delve back into that creative side of me while feeding my mechanical instincts… i can respect the camera as a feat of engineering; mechanical electrical and software. yet this engineered beauty is giving me the ability to look upon the world differently and exercise my mind the same way its design is able to invoke feelings of nostalgia in me. it’s a tool that will allow me to create like i had once before, only this time, i look upon this world with eyes matured by my experiences. i have a tool that’s able to capture not just what you and i both see but how i see it, tinted by the lens of war; regret, pain, joy, guilt, etc. because this time, i’m shooting to live.