Sometimes, I just want to go light, stuff a handful of primes into my ONA The Prince Street bag and wander around Pioneer Square. Other times, I’ll stuff my LowePro Flipside Trek 450 AW for a hike in the Cascades in search of waterfalls, weirs and abandoned coal mines. And up until now, if I wanted to roam locally with my 3 zooms, I used a Chrome Industries Niko Camera Messenger Sling. As my list of “mandatory” gear grows, I’ve begun to grow out of that Chrome sling as the weight began to really punish my left shoulder. I came to accept that my mid-sized solution needed to progress from a sling to a backpack.

Fujifilm recently announced their 8-16mm ƒ/2.8 ultra-wide pro zoom, a piece of glass that looks to challenge my 16-55mm in size and weight. Its performance will force itself into my bag eventually, pushing out the 10-24mm ƒ/4 I’ve been relying on for now. Because of this, my search for a mid-size bag started to become a little desperate. So desperate in fact, I considered picking up the Peak Design 30L Backpack, despite having tried one out and hating it. Fortunately, LowePro came to the rescue with their Freeline 350. 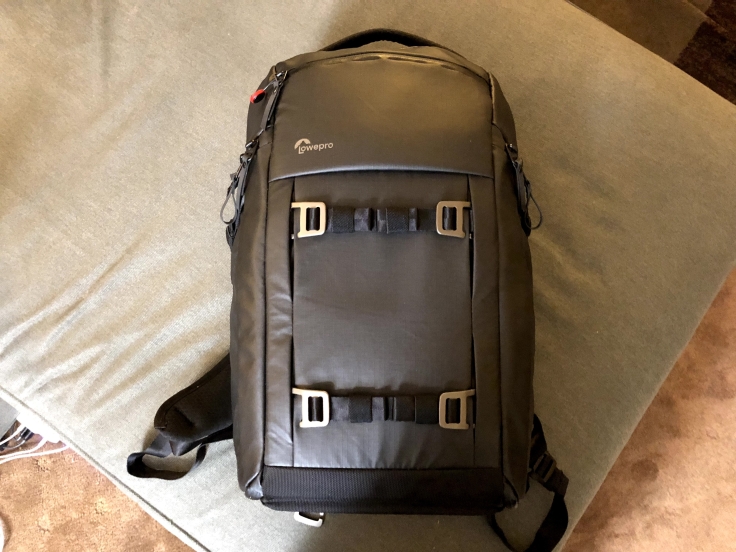 First, about the Peak Design: After a quick inspection, opening every flap and zip to inspect the construction, I noticed a few points where there’s very little material and a whole lot of stitching. This exposed weak points where the bag will eventually fail, and when I say eventually, I mean within a year or two of above average use. For the price, I expect my bags to last much longer than that. A lifetime guarantee is worthless when the bag you bought spends more time in the mail than it does on your body. Add to it all of the fiddly, ribbon-like tie-down straps and it’s just not very clean once you add a tripod to the mix, something I carry every time I leave the house with my mid-sized or larger pack. It’s asking to get snagged on a train. And finally, it looks like a post-modern, origami turtle shell. It just screams, “I HAVE TECH IN HERE, REALLY EXPENSIVE TECH.” Obscurity isn’t 100% effective in security, but it’s an important first step in not becoming a victim.

I’m not spending three bills to look like a ribbon dancing turtle hanging from the side of a train before being robbed for my stuff and only for the bag to bust a seam a year later.

About a month ago, LowePro began to ship their newly design Freeline 350 Backpack. The one thing about the Peak Design pack was the fully configurable interior using a unique shelf design instead of a series of hook and loop pads. LowePro borrowed this interior design, improving it by making the whole system removable, not only to give the backpack more versatility but to make configuring it far easier. This was the first thing I noticed.

The second, LowePro relied on a more conventional design. From the outside, it looks like a conventional backpack, although a very sleek one with waterproof materials joined by sealed zippers. Discretion is the better part of valor and this bag is totally discreet. My stuff would be safe from both predators and nature.

Third, the tiedowns are conventional. No tucking and untucking: they’re exposed and use quality hardware that’s both handsome and durable. No plastic quick release snaps anywhere on this bag, replaced by functional stainless steel G-hooks.

Fourth, everything opens the right way. The side flaps open outward instead of inward so the bag never gets in the way of itself while trying to access it. Internal pockets have zips so you don’t end up with everything floating around inside if the bag is ever inverted.

Finally, it’s durable. It’s like they bought a Peak Design backpack and redesigned every obvious problem with it to create a far more durable, functional and protective solution to frame the Peak Design’s one, winning feature. Every side is densely padded with no weak points. The bottom features an extra durable shell that’s hard formed, letting you set the bag down upright and it will stay upright. Grab handles and tiedown loops are placed everywhere. Shoulder straps are well padded but not bulky, rigid enough to hold their shape and thus reducing the feel of the pack sliding down your back and pulling your shoulders down. The backpad is well ventilated and comfortable, rigid enough to prevent any sharp objects within the bag from poking through.

There are a couple of shortcomings, of course. I wish the tiedown straps were elasticated for a cleaner look instead of having loose ends flapping about. The waist belt is pretty useless and it’s too bad it cannot be removed without cutting utensils. The shoulder strap phone pocket is pretty silly and mostly unusable. 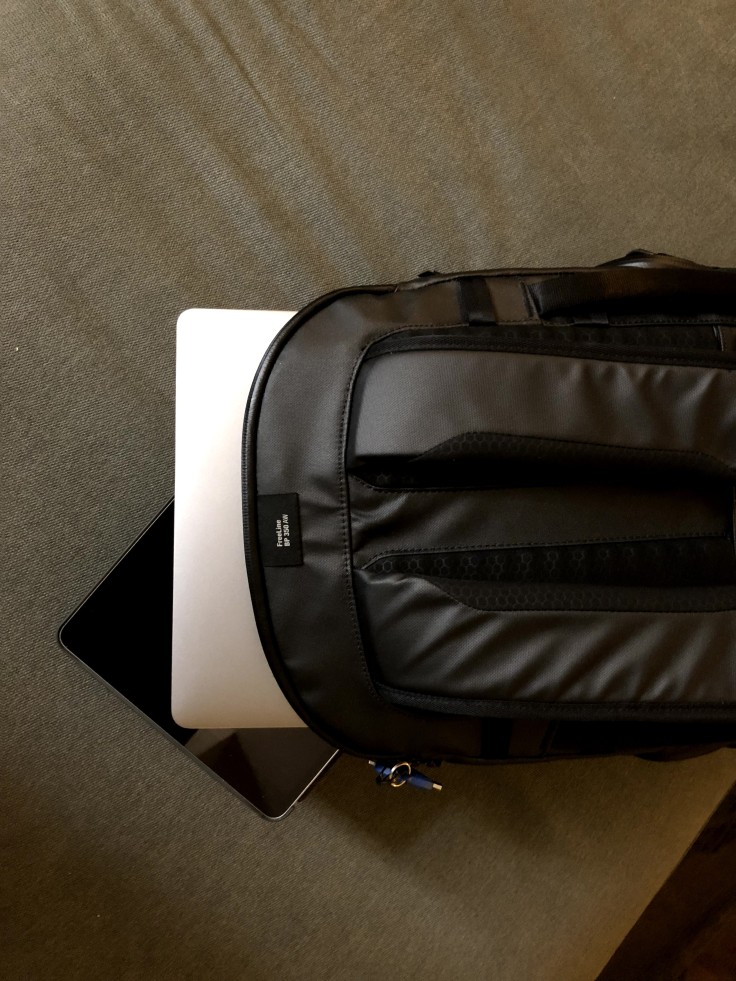 As for surprises, I wasn’t expecting it to fit my 15″ MacBook Pro AND my 10.5″ iPad Pro, but here we are. Too bad the tablet slot doesn’t have a spot to put my Apple Pencil though. The small items bag is a nice touch, giving you a spot to put all of your smaller items that’s easily accessible instead of searching under every flap and zip to find your SD card reader, or whatever. Speaking of which, to accommodate the larger grip on my camera and make it really easy to grab, I shortened one of the “shelves” at the bottom of the bag, and while my gear bag no longer fits along the bottom, LowePro sells a series of these bags as “packing cubes,” one of which is just a shorter version of the bag included with the Freeline that fits perfectly in the space. It’s on its way to me now and will house my lens cleaning kit, further maximizing the space within the bag.

In conclusion, this is the Peak Design bag for people who value durability and discretion over looks. It’s a great bag that’s extremely versatile and will keep your gear secure and safe from knocks. More importantly, it’ll get you through your commute without even a second glance from someone looking to knock off with your gear.