So, if you read my previous gear review on the Manfrotto BeFree Compact Carbon Travel Tripod, you’ll understand that I needed to replace that turd quickly. This time choosing not to ignore my better judgment, I decided to give the Benro Slim Carbon Travel Tripod (TSL08CN00) a shot. This will be the third Benro tripod I’ve bought with my own money and while the ProAngel didn’t work out after a couple of months of use, my Adventure Series 2 Carbon has held up quite well, along with my Adventure Series 3 Aluminum and Mach3 Series 2 Carbon Monopods.

Right off the bat, I was unsure if the Slim Carbon would be a good fit for me as it features a traditional design whose legs only fold one way, creating a much longer tripod while stowed as compared to the competition. The redeeming feature is the price: $139 for what should be a quality, carbon fiber and magnesium tripod. Folded, it stands at nearly 20″ with ball head; this is where an inverted leg setup would’ve greatly benefitted portability, as the length betrays the 2.2 lb total weight. However, Benro uses a compact magnesium spider that not only shaves off weight, but creates a much skinnier profile when folded at only 3.2″ wide. While it may stick up higher than others while stowed on your backpack, the reduced bulk gives it a thinner profile that’s less obtrusive and likely to fit in the water bottle pocket if your backpack has one, hence the “Slim” name.

Design: The basic configuration is classic. Legs are 4 sections of woven carbon fiber tubing with aluminum twist locks, with ridges for grip and anodized in their signature blue. Some may complain at the lack of rubber grip surfaces but the ridges provide more than enough purchase to reliably lock and unlock the segments. The legs are much thinner than you may be used to but the tighter weave and extra thickness of the walls give it more rigidity than you’d expect. The feet are rubber and aren’t removable or interchangeable. The center column is aluminum, it’s height controlled with a butterfly nut at the base of the spider to tighten and a gear hook at the bottom end for adding ballast. The hook can be unscrewed for removal, allowing you to invert the center column for low angle shots. Yes, this tripod is strong enough to accept ballast to increase stability. The 8.8 lb weight rating actually refers to the ball head. On the spider is a fluid level; a second one is on the ARCA-Swiss compatible clamp.

Ball Head: The head is the smallest in their single action INx series, which feature a single locking lever for both ball and panning. Not my favorite style of ball head so I immediately replaced it with a Benro IB0 dual action ball head with friction control. This raised the weight rating from 8.8 lbs to 13.2 lbs at the cost of increasing the total weight of the tripod by a few ounces but the trade-off is worth it, IMO. Speaking of which, the ball head is replaceable and attached with a 3/8″ screw. That screw can be inverted to expose a 1/4″ screw for compatibility with smaller heads or even direct camera attachment. 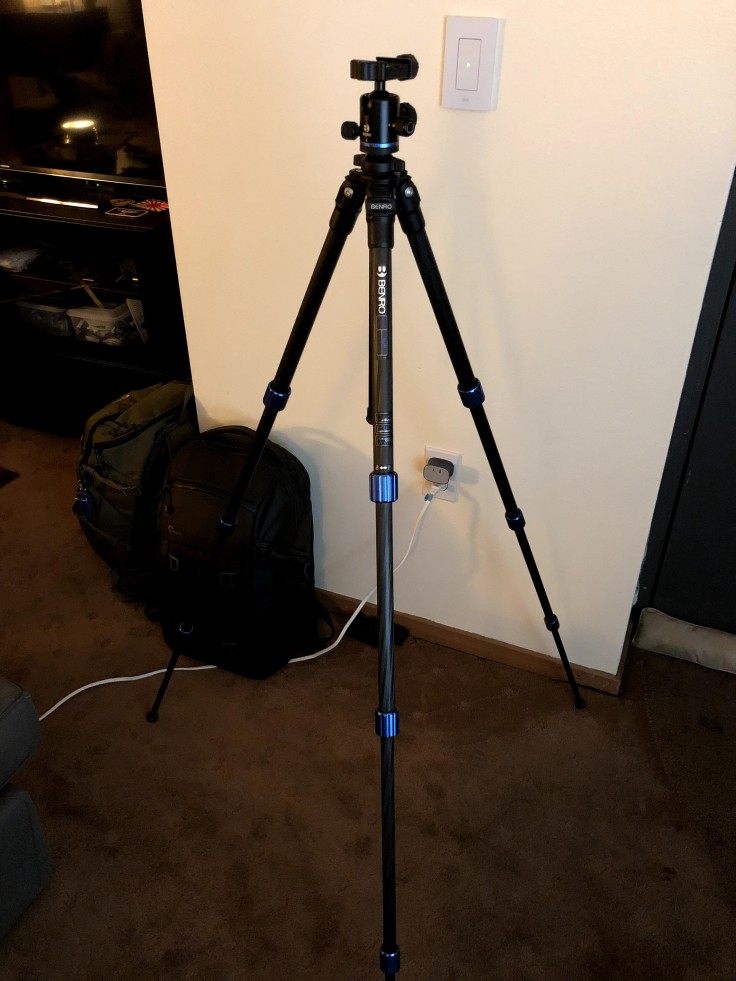 Stability: Compared side by side with a Gitzo Traveler Series 0, the Benro comes in a very close second. The legs and spider are thinner than the Gitzo’s yet shows very little give when twisting at the top of the legs when fully extended. Considering the extensive gulf in price between the two, the Benro compares quite favorably. Compared to other travel tripods of similar size and price, the Benro was far more rigid than all of the others in my twist test. With the center column down, the Benro doesn’t sway or exhibit any balance issues. With the center column fully extended, you may encounter some sway depending on your camera and lens combination but no more than you would with the competition. Unlike most of the other brands, you can add ballast to help counter this. Mind you, all of these examinations are purely anecdotal as I went to my local camera store, grabbed a sample of every compact travel tripod they offer, and performed the same series of tests and examinations. 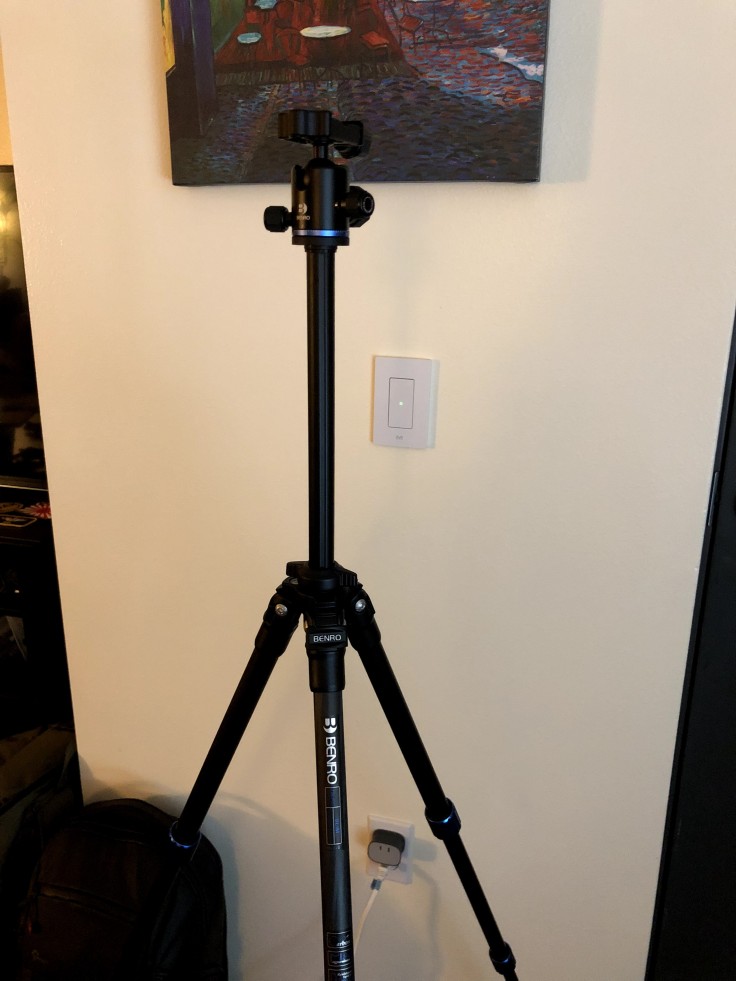 Conclusion: While the Benro lacks the finesse and refinement of the Gitzo Traveler series, what you get in return is a tripod that’s been distilled to the essentials and then executed properly. The angle locks aren’t fancy, the finish is utilitarian and the ball head is functionally competent. For $900, Gitzo has made a travel tripod as good as it can then refined it until you can see the value. Benro has seemingly taken the opposite approach by setting a price that’s competitive with their contemporaries (not Gitzo) then making the best possible tripod they can within that budget by stripping away the inessentials. In the end, you get a tripod that’s 95% of the stability and durability of the Gitzo but with 5% of the refinement. For the size and weight, it’s equally as durable and stable as the competition but at an even lower price point. In fact, I found the Benro Slim Carbon to be lighter, more stable and far cheaper than the competition, especially once you take the choice of materials like carbon and magnesium into account. The only real knock against it is the length when folded. The absolutely bare bones ball head that’s included can at least be replaced.

The review in one line: You won’t find a more stable, durable or lighter carbon tripod from the competition, even at twice the $139 retail price.

Your memory cards, and how you maintain them, can be the difference between having the shot and making excuses for not having the shot. Backing up is critical but useless if your cards fail you.
Jack doing his best kitten impersonation on Xmas Day.
Up close and personal with Mac.
This one is named Jack and is a stage 5 clinger. This one will climb onto you immediately and will complain loudly if you ignore him. Yes, they're named after @macandjacksbrewingco.
Cat practice. Cat-sitting for the holidays. This one is named Mac and is the more introverted one.
Last one before moving on.